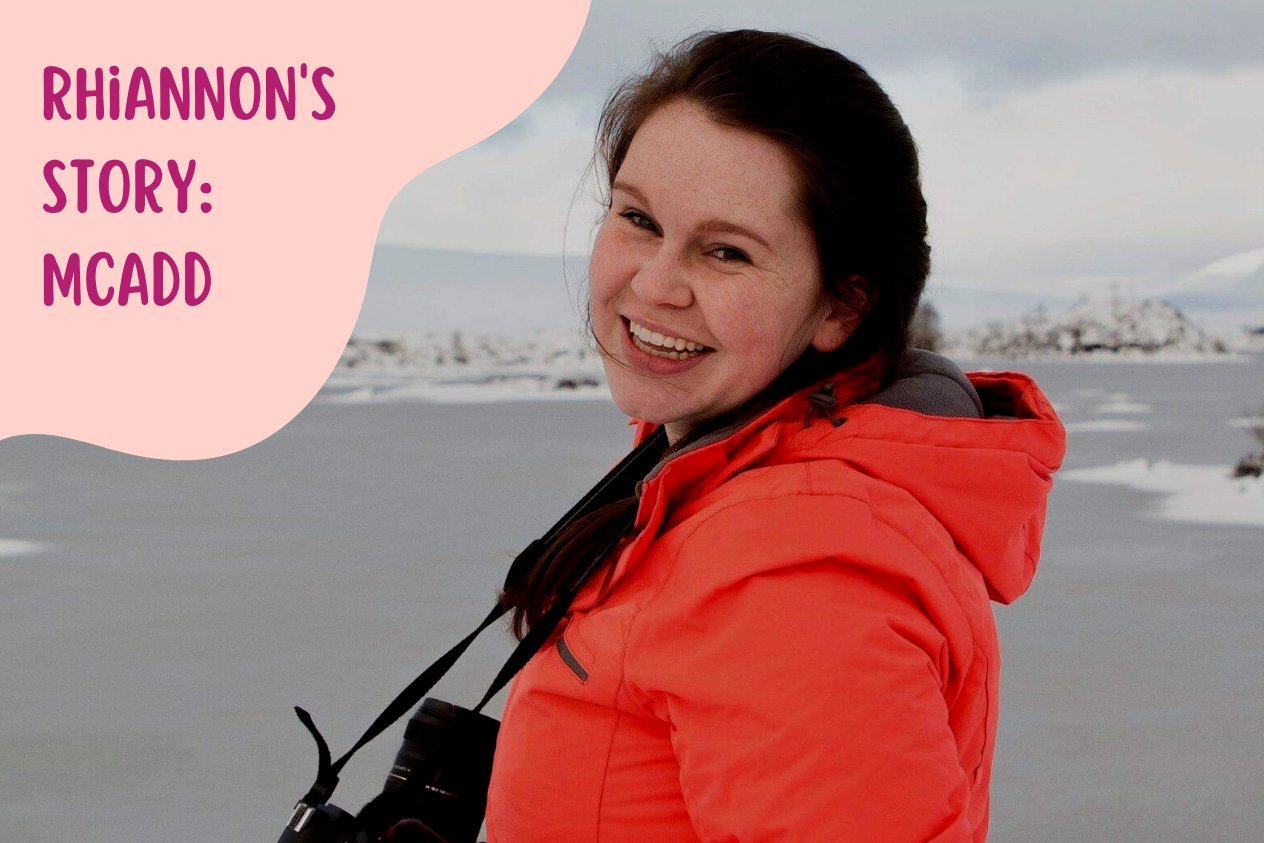 Going from school to university can mean living independently for the first time, moving to a new town, city (or even country!), meeting lots of new people and experiencing the ‘student lifestyle’ of studying and partying in equal measure! Making all of these changes when you have a medical condition to manage brings extra challenges, but it is not impossible! Rhiannon has MCADD and really made the most of her time as a student, she tells us her story:

When most people leave home for university, they’re concerned about being away from home, making friends, and finding their feet in their new city. When I left, none of this had crossed my mind. I was completely focused on the medical side, concerned that I’d never had to handle being ill with MCADD on my own.

Moving away from home aged 17 and not knowing anyone in the city I was moving to, I figured that chances were, I’d end up in hospital within the first semester if I got ill, as drip feeding yourself SOS during the night while ill wouldn’t be an easy feat. Six years on and three qualifications later, I’ve still never seen the inside of the local hospital as an inpatient!

I remember being sat at a check-up with my Metabolic specialist around the age of 14 when he asked what my future plans were. I answered that I wanted to go to university, without giving it too much thought. “That’s good, we’ve had other people go to university, not with MCADD, but university is good…” he said.

“Not with MCADD” took me by surprise a little. University had always seemed like the obvious choice as it was always pushed at us through school and most people that I knew who had left school had gone on to university. The idea that MCADD might be a barrier to that left me a little startled but all the more determined to get there.

My life at uni was the same as any other student; I lived in halls, I went to classes, and I fulfilled the usual student stereotype of partying all night and sleeping all day. To anyone who didn’t know I had MCADD, I was your average uni student. MCADD certainly didn’t make me stand out as being different or make me miss any of the typical student experiences.

Alcohol is probably the biggest concern in terms of university life with MCADD. I was told from the age of 11 at every annual check up not to binge drink so when I went to uni I stuck by that advice. Sure I’d have a couple of drinks but if anyone tried to pressure me to drink more or asked why I wasn’t drinking, I was honest about having a medical condition that meant I couldn’t and everyone was fine with that. I know a few people who don’t drink that wouldn’t take part in drinking games and I’ve got to say I think they missed out. Nobody minds if you take part even if you’re only drinking Coke, so I’d fully recommend taking part even if you’re not drinking alcohol. You can definitely enjoy it as much as anyone else (and you’ll still remember it the next day without being a hungover mess). Being honest about MCADD was a huge help for me. I know some people are a little shy about admitting they’ve got a medical condition but in all honesty, people don’t care and they certainly won’t think you’re weird

Everyone has something be it asthma, food allergies, diabetes, or even just having to wear glasses, and MCADD isn’t any different. Just be honest and stick to your guns, and often when you open up about your medical condition, other people do too so it can be nice to find a little bit of solidarity and realise that even if other people don’t have MCADD specifically, you’re not alone.

Another big difference between me and my peers was waking up. Obviously sleeping in can be severely dangerous with MCADD so I fully recommend keeping a box of cereal or breakfast biscuits beside your bed, you can wake up, eat some food and roll straight back over to do the usual studenty thing of sleeping until noon! I also text my mum every morning so that she knows I’ve eaten and not slept in. If she’s not heard from me by a set time, she’ll try to call me and if worst comes to worst, she’ll contact someone who could wake me up to make sure I’ve eaten in time. Flatmates, landlords and even the police are good points of contacts if all else fails. Inevitably there will be times that you do sleep in a little but in my six years away from home I’ve only ever had one police wake up call and I can whole-heartedly say I don’t want to repeat the experience!

All in all, university is a great experience, MCADD or no MCADD. I absolutely loved my time there, so much so that I decided to hang on for an extra year to do a Masters. MCADD certainly doesn’t mean you have to miss out on any experiences there, you just need to plan things out a little more to make sure you don’t go over fasting times and that you’ve got fail safes in place. If you’re considering university and you’ve got MCADD then you should go for it, have fun, be sensible, and be honest, it’ll help a lot!