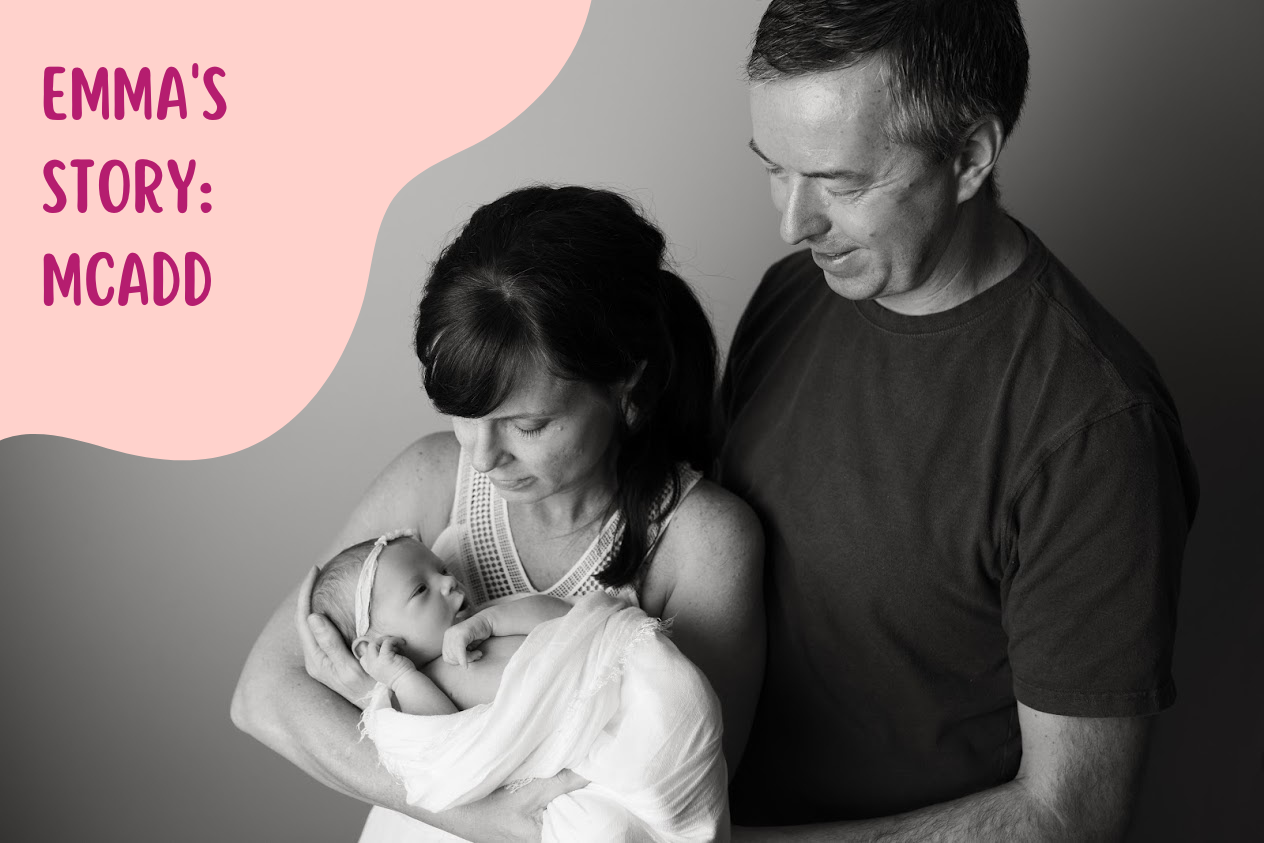 Emma was born on a Friday in 2017. On Saturday, we noticed that she was shaky. That Sunday night, her temperature dropped. By the time the nurse came, Emma was cold and pale. Her sugar level was so low that the reader could not pick up the number. Before I knew what was happening, right there in that very same room, I fell in love with her and they took my three-day-old baby away.

Logic tells a woman that they were saving her life by rushing her to the NICU (Newborn Intensive Care Unit). As her mother, it felt as though someone had vacuumed the breath out of me. To go from the most “high” moment of your life to her being taken to the NICU with no idea why – the word “fear” does not give it justice.

As we walked into the sterile room, the sound of ventilators and beeping monitors were deafening in the stillness that is the NICU. What had been my crying and healthy newborn was now a quiet and sick newborn in an incubator, who was being kept alive by machines. My mind was in a fog as the doctor said words like “possible meningitis” and held up an instrument and said, “I ran this across her foot and she had no response.” I stared back blankly, trying to interpret what she was trying to say. Potential brain damage was now in the realm of possibilities.

By Monday afternoon, her blood sugar started to rise, but she was still quiet and not crying. Later that day, my husband wheeled me out to watch the rare total solar eclipse of the sun. I like to think that was the universe’s way of saying big changes were about to happen, and I was right.

On Tuesday, the doctors removed the IV, she maintained sugar levels and was responsive, the infectious disease results came back negative, they determined that she did not have a seizure and therefore no brain damage; she could be discharged the next day! Little did I know, in just a few short hours, I would be in a place of preferring an infectious disease that can be cured

I celebrated with two donuts from the gift shop. Upon arrival back to the room, a doctor said the newborn screening results had come back and Emma tested positive for a rare and life-threatening metabolic disorder called Medium-Chain Acyl-CoA Dehydrogenase Deficiency (MCADD). He said it was imperative that we feed her every two hours. If not, she could have a stroke or seizures, go into a coma, or die – life – changing – moment.

All day Wednesday, I held onto a sliver of hope that the test was wrong. After all, we had a healthy non-MCADD toddler boy! On Thursday, we had a scheduled appointment with the metabolic team. Once in a room, five people in white coats walked in. Still holding onto hope of a false positive, I asked her if it was possible that the test was wrong. She pulled her rolling chair closer to me, never breaking eye contact, pointed to a number on Emma’s results and said, “it is this number that tells me that indeed Emma has MCADD.” Her confidence wiped that sliver of hope right off its plate. At that point, I broke down, again.

We were there for the next four hours. They gave us an official medical letter stating the urgency of the 10% dextrose IV that we were instructed to give ER staff if eating became poor.

The management at that age was feeding her around the clock every two hours, which meant setting three alarms during the first year of her life. Timing is everything with MCADD. The time it would have taken us to drive to the ER and for the doctors to figure out what was wrong, brain damage or worse would very likely have happened. BUT we were still in the hospital, so there was no driving, checking in, etc. They took her blood sugar and assessed on the spot.

While MCADD’s management is “easy”, mistakes in timing are unforgiving. Now, at two-years-old, she goes 12 hours at night with no food, and we live a happy, active, milestone meeting and typical toddler life BECAUSE of that newborn screening test.

A heel prick gave us knowledge that saves her life anytime she stops eating longer than she should or is vomiting: take her to the ER, she gets a 10% dextrose IV drip, gets discharged once she’s eating again, and life gets to go on with my baby girl.