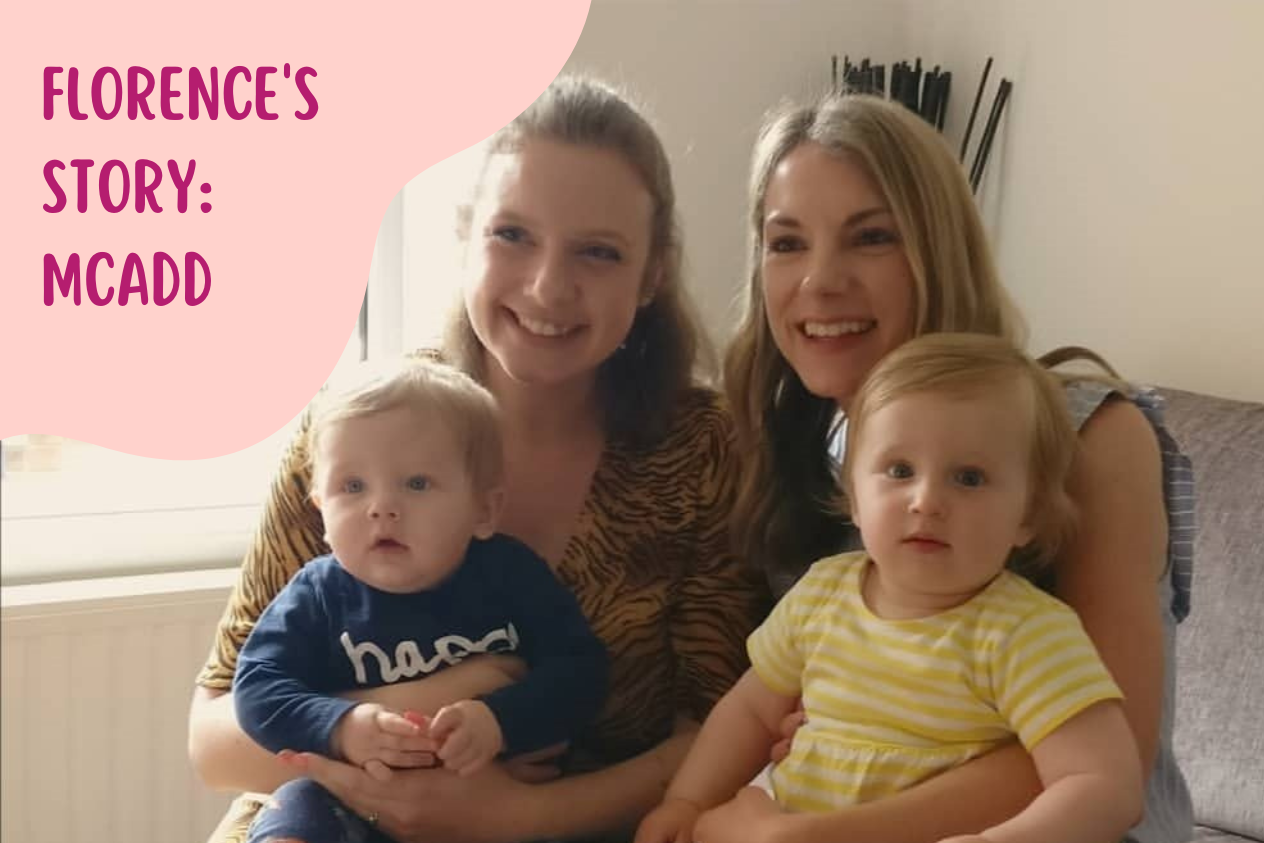 Florence was diagnosed with MCADD just a few days after she was born. With no knowledge about the condition, Florence’s parents, Chelsea and Conor, had to learn all about the disorder and how to manage it on a daily basis.

“Our lovely little bundle of joy was born in the early hours of a Monday morning in March. Fast forward to day five, now home, Florence had a visit from the midwifery team for the routine heel prick test where the worst part would be seeing her in a second of discomfort whilst it was carried out – something that I didn’t really want to do because who wants to see their newborn pricked with a needle but also something that has potentially saved her life. Content that I was leaving the hospital for my very last appointment; finally free of injections and being covered in tubes; and Florence happy at home with Daddy, Nanny and Grandad; I received a call to say the heel prick test had returned an abnormality and we would be seen at Alder Hey the next day to learn more about MCADD – yeah, we had no clue what it was either.

In short, MCADD stands for Medium Chain Acyl CoA Dehydrogenase Deficiency, which means that Florence doesn’t have the enzyme to break down fats to use as an energy source. When she is poorly or has a vomiting bug and unable to eat or keep food down, she needs to use a carbohydrate drink (Polycal) to keep her from slipping into metabolic crisis. In this instance, it’s a hospital admission via a ward passport for an IV drip. The same goes for periods of fasting, so she needs to eat at regular intervals until her fasting allowance increases as she gets older. The cause of MCADD is the inheritance of a faulty gene from each parent, so myself and Conor were both carriers, yet completely unaware. It is a rare genetic condition and relies on two carriers passing on the gene, which puts Flo at 1 in 10,000 babies to have it – the guilt is awful!

On a normal day, you wouldn’t be able to tell that there was anything different about Flo compared to any other child, but the first test was her eight-week immunisations, which caused her to have a temperature. Normally, this would need some Calpol and cuddles but as her body was going to work to fight the temperature, it was our first experience of stopping her milk and using Polycal to get us through the night. Scared doesn’t cut it: constantly worrying that you’ll mistime an interval and she’ll go into crisis, or worse she will begin a crisis in her sleep, and it will go unnoticed.

Safe to say, it’s been a pretty stressful three months, but as she has gotten stronger and bigger, it has slowly become easier. We monitor her milk intake at each feed and have now had the initial experience of using Polycal, so will be ready to do so again when needed.

With the ongoing support of family and the metabolic team at Alder Hey, we have all the information we need, and an emergency regimen to educate Florence as she gets older to manage the situation independently, as it will be a condition she has for life. We can also begin to educate family and friends who, at some point, will look after Florence overnight, so that they can manage any illness she might develop whilst there, armed with her hospital bag if an admission was needed. We feel incredibly lucky that Flo didn’t have a crisis in those first few days of life before her diagnosis, and that from the heel prick test, we knew about it early enough to deal with and avoid the worst-case scenario happening.

The most important thing for us was research; that’s how we found Metabolic Support UK, alongside MCADD parent support groups on Facebook, which are a massive help, as you’re talking to people who feel exactly the same as you do and share success stories of other children who have managed to avoid hospital admissions for long periods of time, which makes us feel a lot more confident about the condition. I would advise anybody diagnosed with an Inherited Metabolic Disorder to do the same; it really helps you cope with the diagnosis.

We’re hopeful that Florence will continue to thrive, and that hospital admissions that are inevitable at some stage in her life are kept to an absolute minimum. We’re very confident that Flo will grow up to lead a healthy and happy life and can’t wait to see what the future holds for her!