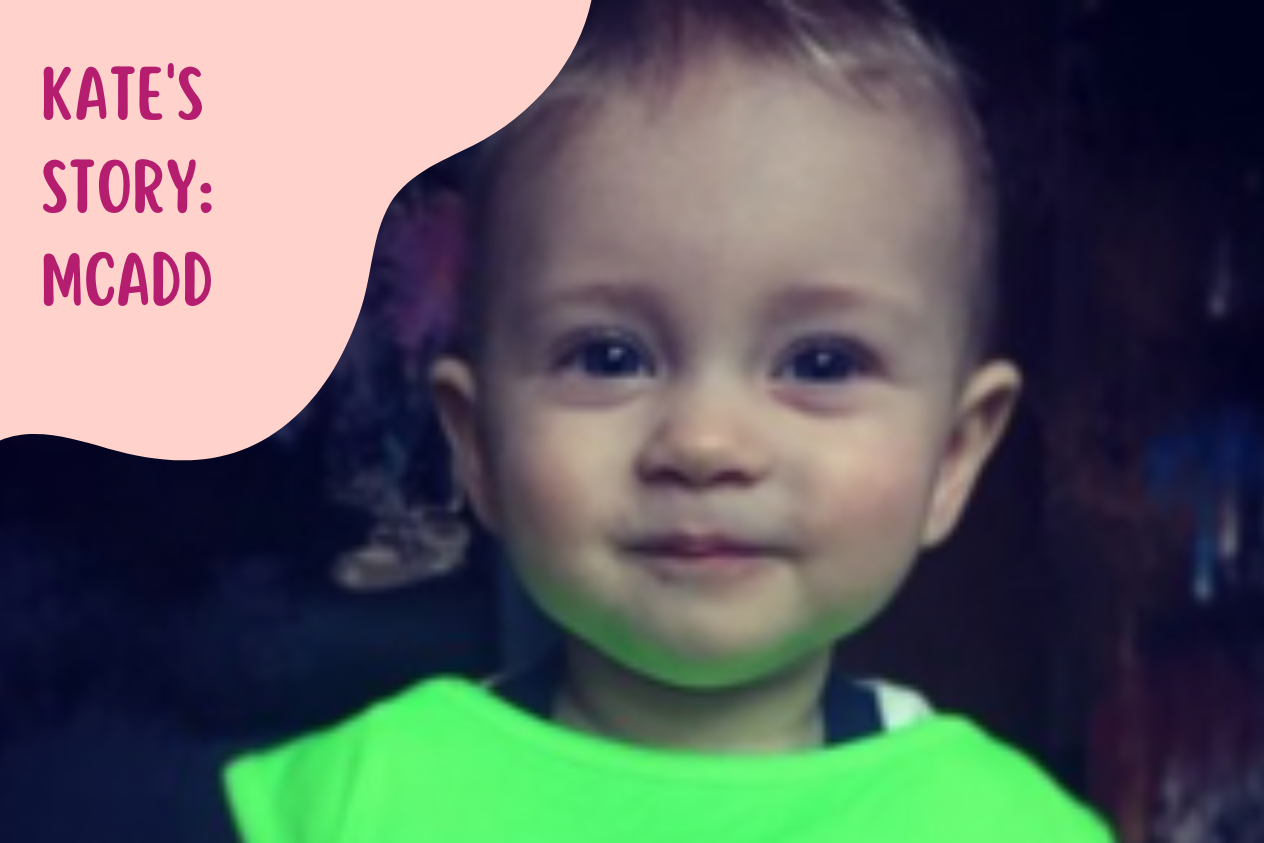 The fourth of August 2016 changed our lives forever. At 04.04am Thomas Wesley Jackson was born and before we knew it we were going home that evening with our new baby. The days that followed were scary, amazing, and sometimes overwhelming. As first time parents we were trying and doing our best to love, care and comfort our new addition.

It soon came round to the day of heel prick test for Thomas. Now I’d heard of this but wasn’t entirely sure what it was for so when the community midwife arrived I asked. I vaguely remember what she said as at this point I was feeling pretty exhausted from breastfeeding, lack of sleep and all the other things that you experience in the first few days of becoming a mum and it went in one ear out the other. I do recall her saying if any problems you will be contacted, if all ok you won’t hear anything. Not at any point did I think I would be hearing back from them, I just thought baby had checks at the hospital and all was ok.

That day, he was weighed and had put a little on which I was relieved about as I had struggled since getting home with breastfeeding, getting him to latch on, my boobs becoming like atlas balls cause he wasn’t feeding. I expressed a little and we also tried formula as I felt Thomas wasn’t having enough milk; this panicked me. He was sleepy too but what babies aren’t? I called Home Start Support too for reassurance that I was doing everything correct, they said yes and even had someone call round, by this time though Thomas was in full swing and had got the hang of it and I had too. I finally felt I was feeding my baby! Anyway the heel prick was done and that was that.

A couple of days later my phone rang and it was the community midwife:

MW: “Hi Kate are you not in?”
Me: “Hi, no sorry we’re just at IKEA up the road is everything ok?”
MW: “There have been some abnormalities with Thomas’s blood from the heel prick.”
Me: “Oh right we can come home, we will be 10 minutes can you wait?”
MW: “Yes, see you soon”

At this point I felt sick. I turned to Dan told him what she said and that we need to go. I threw back the things we had picked up and raced back to the car then home, all the time wondering what she meant, you start thinking the worst. I could feel the emotions building up, not knowing what to expect when I walked in and spoke to her. Once home she said “I wanted to call and see you rather than tell you over the phone, Thomas has been flagged up as having MCADD medium chain acyl-CoA dehydrogenase deficiency, a rare inherited geneticcondition” and handed me a printed hand out, gave me a number and said to ring and ask to speak to the Doctor.

I was fighting back the tears as I started to ask questions but she didn’t have the answers. She left and we rang up and made an appointment for 10am the next day.

This is when I crumbled. I’d flicked through the leaflet she gave us trying to take in what it was saying. Dan was on his phone on the NHS website reading aloud to me: “MCADD is a rare genetic condition where a person has problems breaking down fat to use as an energy source. This means someone with MCADD can become very ill if their body’s energy demands exceed their energy intake, such as during infections or vomiting illnesses when they are unable to eat. Problems occur because fat is only partially broken down which leads to a lack of energy and a build up of harmful substances in the body. MCADD is a lifelong condition that’s present from birth, it’s estimated to affect up to 1 in every 8000 babies born in the UK.”

I was trying to take it all in. He carried on with symptoms, what causes it, how it’s inherited, and treated etc. The only thing that I took from it all was; left untreated it’s potentially life threatening. That was it I was in bits. The rest is a bit of a blur. We attended the appointment where Thomas had another blood test. Urine, height and weight were taken too. MCADD was explained in more depth, there were more tears from me, lots of questions from us both and then reassurance that as long as we carry in doing what we are doing (regular feeds no longer than 4hours in between) everything should be ok. If we are concerned about anything we have a 24 hour helpline to call. We were given an emergency regime and some medicated drink to administer in the future but for now just bring Thomas straight down to A&E if we have any concerns. The Doctor also told us about Climb, the leading patient organisation for inherited metabolic disorders, supporting and helping thousands of families and patients worldwide. After this he said we will be contacted with regards the confirmation that it definitely was MCADD and another appointment would be made.

I left the hospital that day thinking; why us? Why Thomas? He has a condition inherited from me and his dad as we are carriers. It’s not his fault, he shouldn’t have it. I want it to be me. I was devastated for him

Well, we got the confirmation Thomas has MCADD. He has a defective gene that results in enzyme deficiency which upsets the normal chemical process. Symptoms vary greatly and as mentioned before in some cases can be fatal when left untreated. Luckily for Thomas, and us, it got picked up on the heel prick tests and we got into a good feeding routine. Since then we have been learning more about the condition (things are actually sinking in now for me) and we have unfortunately had a hospital admission as Thomas was taken ill. He was inserted with a nasogastric tube which fed him with his medicated solution ‘SOS 10’ which was administered over a 24h period, only being taken out once the doctors were happy. He then was back on milk with feeds small and often. We went in on a Friday and were discharged on the Sunday.

Thomas will have this condition for life and I’ve been told the older he gets the easier it is to manage. It’s a constant worry in the back of my mind and I’ve become extremely anxious since his diagnosis about him becoming unwell, high temperature, sore throat, sickness, pretty much anything that could result in him not eating which then leads to a possible hospital admission. We recently had his three monthly check up; he’s under the specialist metabolic team at Manchester, and he’s doing great but it did bring it back that he has such a serious condition if not managed correctly. We’ve been lucky enough to go away on holiday and are taking each day as it comes; most days you wouldn’t know anything was wrong, but it only takes a high temperature (or teething for example at the minute) for him to be off his food.

In July 2017 I am took part in a 46 mile sponsored bike ride in London, in support of Climb. The support and information we receive from them is invaluable, so it was my way of giving something back to a truly amazing charity. I decided to take part to help raise awareness, not only of Thomas’s condition, but all the other rare inherited metabolic disorders out there. I wanted to challenge myself and have something to aim for. Thomas was a few days from turning one on the date of the bike ride, and to see my son as I crossed the finish line was the best feeling in the world. To know how lucky we are to have him, and that we got the diagnosis of MCADD early and in the time up to that managed his feeding, resulting in him being here today. I’m quite into keeping fit (purely for the fact that I enjoy my food so much!) but now I want to be fit and healthy for my son

I wanted to share my story as up until now not many people knew about his condition. At first I found it hard to talk about, because to be honest I didn’t really understand it and I don’t want him to be treated or feel different in the future. Some days I do still get upset about it, I just wish it was me that had it, but I guess as a parent all you want is for your child or children to be healthy and happy – and happy he certainly is!”