Dalila’s story: Fighting for a diagnosis 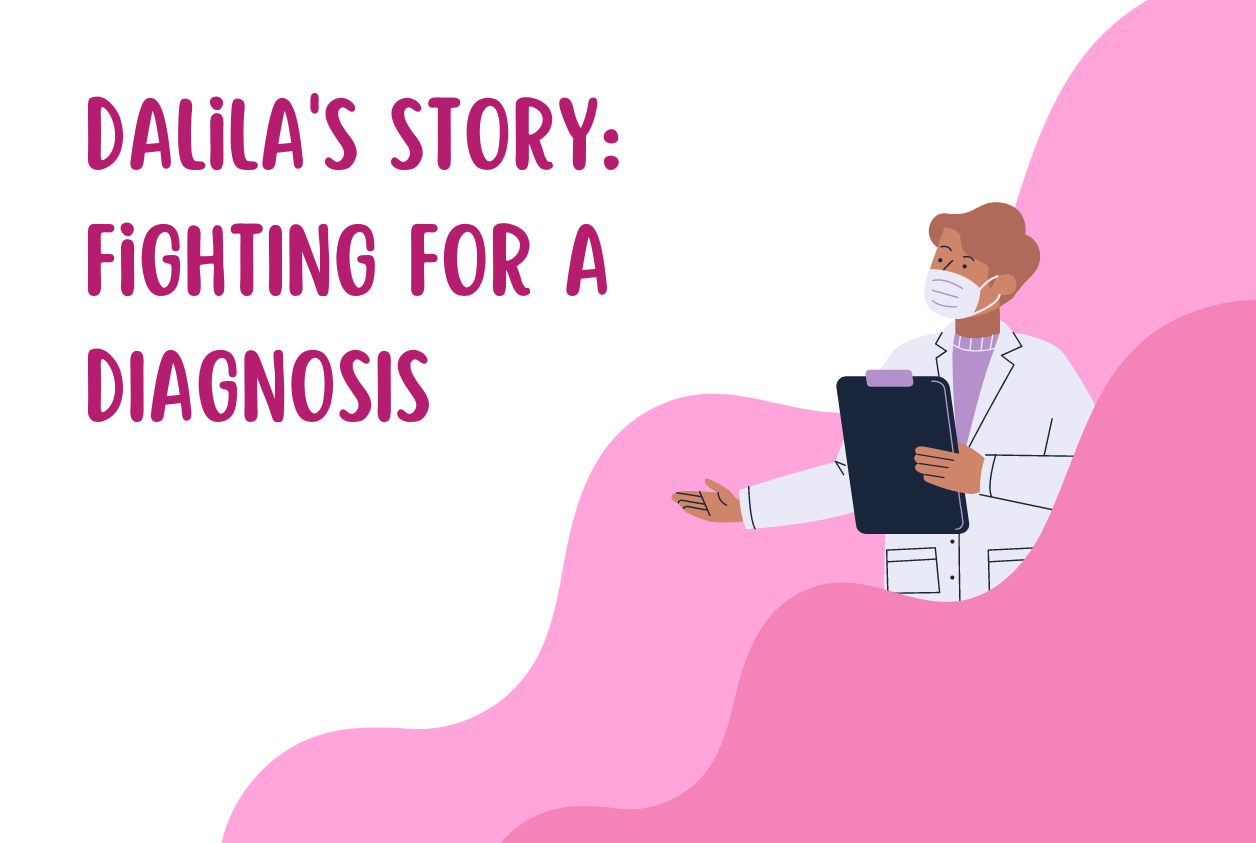 Dalila’s sons, Samson and Sammy both have a suspected metabolic condition, but as yet they do not have a firm diagnosis and as a family, they have been searching for answers for over ten years. Here she tells their story:

“Let me tell you about my two metabolic heroes! Two brave, beautiful and precious brothers, they are very similar in many ways, except for their eye colours. Samson is the brown-eyed big brother and Sammy is the blue-eyed baby brother. I am the mother of these two little heroes and my biggest wish is that the day will come when they will get the chance to find their big hero in life. We don’t know who that hero is, we just hope they are out there and that destiny will bring that hero to us,nbecause my two little heroes lives depend on it.

I am living in Stockholm, Sweden together with my husband and four children, two girls and two boys. Unfortunately, my sons are affected by an unknown genetic disease. After almost ten years of extensive medical evaluation on Samson, we still don’t have a diagnosis nor have we a prognosis. The experts working on the case are having major difficulties in solving the medical mystery. The fact is, we aren’t even close to getting an explanation. There isn’t any progress other than the suspicion of a metabolic condition.

Living with uncertainty for almost a decade now has had a deep impact on our lives. Our life quality has decreased significantly. We are living day by day, year after year in fear. Just the thought of my two little heroes makes me smile and brings so much joy to my life while at the same time it’s breaking me inside. Knowing that something is seriously wrong but not knowing the cause is making my heart and soul ache, very much.

Samson was born in February 2008 as a second child. He was born slightly premature (week 36+4) and soon after birth he developed jaundice. His bilirubin levels greatly elevated and he became yellow in skin and eyes, therefore he had to receive sun therapy. This helped the bilirubin levels to come down, but he remained yellow in skin and eyes for almost two months. Because of the persistent and prolonged jaundice, doctors started to suspect liver disease in Samson.

By the age of one and a half months, doctors had run blood tests and discovered slightly elevated liver transaminases (ASAT and ALAT). We had to come back for rechecking of the blood tests, and after each time we found out that ASAT and ALAT had elevated even more. By this time the jaundice had disappeared but the abnormal laboratory results didn’t.

We got a referral to the children’s department of Gastroenterology and during the evaluation their doctors also revealed that Samson had elevated LDH, myoglobin and CK levels. So, they put him up for a liver and muscle biopsy. The results came back and the liver biopsy indicated some sort of metabolic storage disease. The findings from the liver biopsy showed “stadium1 portal fibrosis, bloated hepatocytes with light granular cytoplasm and glycogen enriched cells” while the muscle biopsy came back with normal findings. However, since the doctor didn’t prove anything the evaluation continued and by the age of four years Samson was again put up for new liver- and muscle biopsy.

This time the liver biopsy came back normal and the only discovery from the muscle biopsy was ”dominance of type1 fibres” so, the specialists ruled out liver disease and gave us a referral to a neurologist instead. The neurologist expanded the investigation with further procedures such as a whole-body MRI and ultrasound of the heart, but everything came back normal except for a long Q-T finding in the EKG. We are still under evaluation by the same specialists, a collaboration of neurologists, metabolic experts and geneticists, but nobody can solve the case.

Samson developed normally and reached all milestones within expected time until two years of age when we noticed he had speech delays. At kindergarten the teachers also noticed he was slightly cognitively delayed compared to other children his age. When he turned three we also noticed general psychometric impairment. It was obvious he had problems with balance and coordination because he seemed very clumsy and he fell over a lot while running and playing. By the age of five he was struggling to keep up with peers in running, climbing and other physical activities. He couldn’t hold scissors properly for example; nor could he name basic colours.

Today, he is almost ten years old and he is suspected to have mild mental retardation. He still has difficulties with both gross and fine motor skills. He has muscle myopathy and muscle and back pain. He has recently started to toe-walk because of pain in legs and feet. He has profound exercise intolerance which results in a daily struggle to keep up with normal activities.

Sammy was born in December 2016 (fourth child). He was born by induced labour (weeks 38+5) because of Rh-immunisation. The delivery was non-complicated, but just like Samson, Sammy also developed jaundice. His bilirubin was elevated but it never became as aggressive as in Samson’s case. Sammy didn’t need sun therapy, but he did remain yellow for almost two months. The similarity between the cases started to worry me a lot. I became very afraid and started to suspect Sammy might have the same condition as Samson. But then I have always thought that Samson’s condition was probably due to some ”new mutation” in just his DNA, therefore my heart and mind didn’t want to acknowledge my fears.

On one occasion when we brought Sammy to see a paediatrician because he had nasal congestion and rapid breathing, the doctor told us that Sammy had a heart murmur. Due to Samson’s medical history the doctors gave Sammy a rapid referral to a cardiologist. By the age of two months Sammy’s ultrasound showed left ventricular hypotrophy and by the age of eight months he got a determinant diagnosis of left ventricular hypotrophy probably due to hypertrophic cardiomyopathy. There and then my world broke down into millions of pieces, and the only thing that came to my mind was to rush to have laboratory tests on Sammy. The results came back the next day showing that Sammy is following an identical course in laboratory values just like Samson did his age. Now all of a sudden, the pain and fear I’ve felt during the years intensified twofold. Not one but TWO of my children suddenly are affected by a condition we don’t know anything about. Just when I thought I couldn’t feel more pain life showed me the opposite. It’s very painful and what tears my heart apart the most is that I already know what Sammy is about to face in life. The slowly coming symptoms that’s he’s for now totally unaware of. The revealing of Sammy being affected also destroyed the little hope I had for Samson, dreaming that one day might come when his symptoms disappears, and he becomes a healthy boy.

So, since birth my two little metabolic heroes are presenting with symptoms involving several organs. They have the same laboratory values; liver transaminases are much more elevated compared to the elevated muscle enzymes. Sammy hasn distinct cardio issues which Samson doesn’t have. Samson struggles everyday with physical and cognitive impairment and he is not receiving any treatment or medical therapy. Being the metabolic heroes, they truly are, their bodies are fighting but we have no clue what they’re fighting against or how we can provide them with help.

Despite muscle/liver biopsies, CGH-array, analysis of mtDNA, POLGa, WES on neuromuscular diseases, WES on metabolic gene panel (more than 600 genes), WGS on OMIM panel and many more medical interventions we are still living in darkness therefore we desperately wish for a hero to come along who can shed some light in the investigation of my two little metabolic heroes.”